David Ermold spoke at the Democratic primary forum on Tuesday…

Ermold says the county should work on promoting a positive message. His opponents, Elwood Caudill and Jamey Jessee, echoed his sentiments.

The candidate who wins the primary on May 22nd will face Kim Davis in the general election. 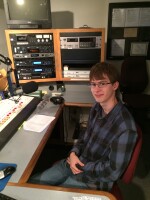