The Carter County Fiscal Court has brokered a deal to free up its emergency road funds. WMKY’s Chas Jenkins reports…

Members of the fiscal court met with the Kentucky Transportation Cabinet in Frankfort on March 22nd. Previously, the county’s emergency funds had been frozen due to the state’s concern about funding dating back to 2008.

Judge-Executive Mike Malone says they already agreed to pay $74,000 dollars. According to the Olive Hill Times—while in the meeting, the state agreed to a repayment plan where $37,000 would come out of their road funding allocation that was due late this summer. The balance would then come from the next allocation due in January 2019.

The county is currently taking bids for the repairs of several county roads. Those bids will be due April 12th and will be awarded April 17th. 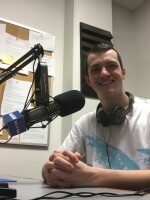