In this edition of Odd Numbers, the odd songs involve games, including traditional games like chess and poker as well as computer games like Minecraft and Frogger. 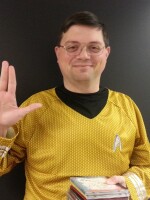