A U.S. Olympic Event Rider is hoping to bring home the gold aboard an unlikely horse, a Kentucky-bred ex-racehorse named Blackfoot Mystery.  Samantha Lederman has their story.Listen

Boyd Martin will tell you why he prefers to ride thoroughbreds for his sport of three day eventing - they’re brave, fast and tough just to start with, and he should know. Ten years ago he relocated from his native Australia, bringing only his beloved ex-racehorse Neville Bardos. Since then they’ve represented the USA at the World Games in 2010 here in Lexington and rose to the very top of the sport. A year later, Martin risked his own life and rushed back into a burning barn to rescue Neville from a fatal fire.  Vets said Neville would be lucky just to survive his injuries and would never compete again, but instead he defied them all and finished 7th at the prestigious Burghley 4 Star Horse Trials in England that Fall, arguably the biggest event in the world.

Martin is about to represent the USA in his second Olympics next week, this time aboard Blackfoot Mystery, another big chestnut ex-racehorse, this time with Kentucky ties.

A syndicate of owners came together to purchase the ride for Martin, many of them the very same owners who’d bought into the same syndicate to pay for Neville’s running costs six years ago. A sixth place finish at the prestigious Rolex Kentucky Three Day Event this spring sealed their place on the US Olympic Team for Rio. The Three Day Event is the triathlon of horse sports combining the the grace and elegance of dressage and the precision of show-jumping but the cross country phase on the middle day lies at the heart of it. Originally named speed and endurance, it is just that - galloping across country over all manner of enormous natural obstacles and terrain for miles and miles. The horse must trust it’s rider implicitly and jump down cliff-like drops and into lakes, leap ditches, and jump bridges with no idea where they are going…this, Martin maintains, is why the ex-racehorse excels.

Blackfoot Mystery, born and bred right here in Kentucky, raced in California three times as a young horse, never breaking his maiden, and was then re-trained and re-homed thanks to a Thoroughbred Aftercare Alliance, or TAA facility.  The TAA, was set up five years ago with seed money from The Jockey Club, Keeneland and the Breeders Cup. Now it is has huge support from many other racetracks, owners, trainers, farms and sources within the industry. The non-profit TAA inspects, and then awards grants to accredited thoroughbred aftercare organizations, which it can then recommend. All TAA accredited organizations are subject to rigorous and frequent inspections, and must re-apply for grants each year.

In the three years since the TAA started accrediting and granting organizations they have adopted about 2,300 horses from TAA approved facilities to new homes. Despite the fantastic exposure that a horse like Blackfoot Mystery will bring to their cause, and the increasing popularity of ex-racehorses for all sorts of second careers.

As Martin and Blackfoot Mystery prepare to head to Rio, he would maintain that their partnership is just beginning.

About twenty thousand foals were registered with the Jockey Club this year and only a tiny percentage of those will have a long-lasting career as a race horse, but thanks to the TAA perhaps a larger percentage will now enjoy second careers as riding horses, competition horses and maybe even Olympians. 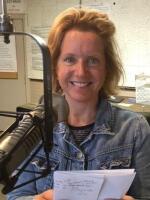