The railroad tracks have been restored and the railway reopened at the site of last week’s fiery train derailment in Fayette County.

All cars impacted by the derailment have been removed from the tracks and relocated to CSX’s Handley Yard where they will be cleaned and purged of any remaining crude oil residue.

At the derailment site, response crews installed a retaining wall approximately 500 feet long between the train tracks and the river.  This will help prevent any residual crude oil from migrating into the river through groundwater or surface run-off.

Crews will begin removing the excavated soils for proper disposal at a licensed facility in Charleston.

Officials say about 97,000 gallons of oily-water mixture have been recovered. It will be taken to a disposal/oil recycling facility located in southwestern Pennsylvania.  Approximately 54,000 gallons have been taken to the there so far.

The 172,000 gallons of crude oil recovered from the rail cars will be transferred into rail cars for transporting off-site.

Meanwhile, federal investigators from the Federal Railroad Administration and the Pipeline and Hazardous Materials Safety Administration  remain on site as they continue to look  into the probable cause of the accident on February 16.

CSX will continue to operate its Outreach Center, located at the Glen Ferris Inn, from 8 a.m. to noon Friday, to compensate residents who evacuated their homes and those who experienced an extended power outage.Beth Vorhees has the latest about the Feb. 16 crude oil train derailment. 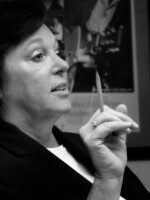